Why a Thesaurus Is of Limited Use to a Writer

Sometimes a writer is on a treasure hunt for a particular word, a word that will clinch a certain passage. The French, of course, have a phrase for that type of word. They call it le mot juste, the exact right word. The author Gustave Flaubert was famous for finding le mot juste in his novels, such as Madame Bovary. But let’s say that, in this case, le mot juste is just not coming to mind, or if you can think of a word that has the right meaning, it’s too cliché. What do you do?

Many writers turn to a thesaurus. That reference work is a great bestiary of words, holding almost all the synonyms in the English language. The word literally means “treasury” in Latin—very appropriate.

I have nothing against thesauruses. I love just reading through them and seeing all the possible gradations of meaning that exist among different words that mean almost the same thing, and how those synonyms differ slightly in the contexts where they are used. In fact, when I was thirteen, one of my best friends nicknamed me Roget, I had such a crush on words.

The first English thesaurus was compiled by Dr. Peter Mark Roget (1779–1869) in 1805, but the book was not published until 1852. Dr. Roget was a physician from London who served as a human subject for the earliest experiments on the use of nitrous oxide, or “laughing gas,” which he also wrote about.

His first collection of synonyms was titled, Thesaurus of English Words and Phrases Classified and Arranged so as to Facilitate the Expression of Ideas and Assist in Literary Composition. I’ll buy that a thesaurus can facilitate the expression of ideas, but I do believe it has limited use in literary composition.

Here is an example from a poem that Sylvia Plath wrote right before her untimely death on February 11, 1963. The very last poem in her Collected Poems, dated six days before she died, is titled “Edge.” Describing a woman who has passed away, leaving behind her children, Plath writes:

Stiffens and odors bleed
From the sweet, deep throats of the night flower.

Interesting to thing about a mother incorporating her children back into her—or maybe the subject of the poem is gathering into herself a kind of childishness in a flight from the tonnage of adulthood.

If Plath had used a thesaurus to find the right word in this passage, she could never have come up with the stunning phrase “the garden//Stiffens and odors bleed/From the sweet, deep throats of the night flower.”

Normally, a writer might say that a flower’s scent wafts. But that’s cliché diction. If Plath had cast her net wider and looked in a thesaurus under waft, she would only have found drift, float, be carried, etc. More cliché language. You can’t get from tired language to more dynamic speech just with synonyms. A writer has to distort or wring the language till she arrives at something as vivid as a flower bleeding its odor. The search for le mot juste requires imagination, not just a reference work. Well, Plath might have gotten odor from a thesaurus. She could have started with the more conventional aroma or scent and then picked a synonym rarely paired with flower, because of its unexpected negative connotations. There, a thesaurus could be useful.

Another example. Three months earlier Plath had penned a poem called “The Childless Woman,” where she writes:

I spin mirrors,
Loyal to my image,

Uttering nothing but blood…

The usual verbs that describe emitting blood might be shed, ooze, spurt, seep, or trickle. (OK, I admit, I got this list from Roget’s Thesaurus.) But Plath goes so much deeper with the verb “Uttering.” The blood of this childless woman’s period is eloquent, it can speak of her emotions. Never could a thesaurus produce that result. It might even impede it. That’s why a writer has to be cautious in using a thesaurus. You can’t get deeper just by casting wider.

Other recent posts about writing topics:
How to Get Published
Getting the Most from Your Writing Workshop
How Not to Become a Literary Dropout
Putting Together a Book Manuscript
Working with a Writing Mentor
How to Deliver Your Message
Does the Muse Have a Cell Phone?
Why Write Poetry?
Poetic Forms: Introduction; The Sonnet, The Sestina, The Ghazal, The Tanka
How to Be an American Writer
Posted by Zack Rogow at 6:34 AM 2 comments:

I just finished listening to the audiobook of Haruki Murakami’s After Dark, a novel that takes place in the space of only seven hours in Tokyo. The plot follows four main characters and several minor characters from midnight to dawn of one day in the grungy downtown entertainment district. I didn’t like the novel as much as Murakami’s stellar The Wind-Up Bird Chronicle, Norwegian Wood, or his short stories in The Elephant Vanishes, but After Dark does have a couple of classic Murakami scenes where he is at his best, and those scenes alone make the novel worthwhile.

Murakami is a master at creating a situation where two characters encounter one another by chance and start talking deeply, and suddenly their hearts and thoughts spring open up in a way that is extraordinary and reveals surprising truths.

I love Murakami's writing, so I was quite surprised when I heard him taken to task at an international symposium on literature I attended a few years ago. At the Third Seoul International Forum for Literature in 2011, eminent Korean scholar Yu Jong-ho, professor emeritus at Yonsei University, criticized Murakami at a session where I also spoke on “The Globalizing World and the Human Community.” Though his criticisms of Murakami didn’t focus on the globalization of literature per se, Professor Yu’s comments appeared to me to be prompted in part by the Westernized cultural references in Murakami’s fiction.

After Dark is a prime example. Though the novel takes place in Tokyo, it begins in a Denny’s Restaurant. There are numerous discussions of music in the book, partly because one of the main characters, Takahashi Tetsyta, is an aspiring jazz trombonist. Almost all the music referred to in Murakami’s novel is from the U.S.A. or the U.K. All the food the characters eat is Western, from chicken salad (there are some hilarious bits about Denny’s chicken salad!) to tuna sandwiches to a fluffy omelet (which, like the love that develops between the two protagonists, is never actually indulged in). 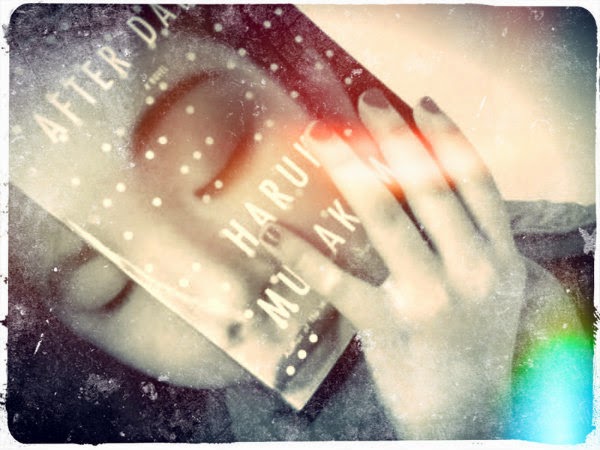 One of the only things in the novel that is distinctively Japanese is a love hotel, not exactly what you’d call classic East Asian culture. Even the love hotel is named for a Jean-Luc Godard movie, Alphaville (sometimes After Dark seems to take place in the futuristic world of Godard’s Alphaville).

So, is this a problem that Murakami’s characters seem to move in a world where Japanese culture, so rich and venerable, no longer seems to exist? The references that Murakami’s characters make to vintage jazz tunes, which he knows extremely well (he once ran a jazz club in Tokyo), are fascinating to me, and they make his characters appealing and endearing, from my standpoint. I’m a huge jazz fan myself. I would never want Murakami to feature Japanese culture in a way that would Orientalize or exoticize his own country. Nor would I want to see Murakami respond in an extremely nationalistic and negative way to Westernization, in the manner of Yukio Mishima, for instance, perhaps the other best known Japanese novelist of the last three generations.

Maybe that’s part of why Murakami has immersed himself so deeply in Western culture, as an antidote to his country’s militaristic nationalism and to the conformist culture of the “salaryman” that has dug so deeply into Japanese life. But I can’t help but wonder why Murakami sees no precedents for his own rebellion within Japanese literary and artistic culture. What of the great poet Yosano Akiko, for instance, who defied expectations that she would continue to run the family business and fled to Tokyo from a provincial town in order to elope with her lover, the poet Yosano Tekkan? She was also a foe of the status quo. What of the poets of the Arechi or Waste Land movement in post-World War II Japanese poetry, such as the wonderful Tamura Ryuichi? Why doesn’t Murakami see his legacy through these and other Japanese writers? Has he become infatuated with the culture of the U.S.A. to the point where he can no longer see the strengths of his country’s own legacy?