How to Deliver Your Message, Part 2: Are Messages Passé?

In my last blog I tried to make a case that The Big Moment, a passage where the author delivers a statement of belief directly to the reader with no finesse, is not a useful strategy for a writer. So, is it outmoded even to try to communicate a message or theme or emotion in a work of literature? Maybe such a corny idea has been made obsolete by postmodernism. Aren’t most people who read literature well-educated liberals or social democrats who already think and feel the same way about most things?
There are certainly a lot of authors who write as if they believe that a message or emotion is not important to a work of literature, or that the message should be understood by the reader even before approaching the writer’s work. I’m thinking of authors where there are so many fragments or so little context in their work that very little of coherence is expressed to the reader. Instead, the writing becomes shards of references that the reader is either in on, or not. Mostly this type of work is read by other writers or artists, often ones the author knows personally.
I have to agree with the poet Pablo Neruda about this sort of writing. In his Memoirs, he describes an encounter with T.S. Eliot. I’m assuming this is a fantasy of Neruda’s, since it’s a strange moment where Neruda says he locks himself in the bathroom to avoid listening to Eliot reading his poems. (Eliot’s poetry is generally written for a smaller and more elite audience than Neruda’s.) Actually, Neruda only refers obliquely to Eliot’s work in this passage.
Neruda concludes: “…if this continues, poets will publish only for other poets…Each will pull out his little book and put it in the other’s pocket…Poetry has lost its ties with the reader…”
The work of the poets and fiction writers who put chapbooks in one another’s pockets and never try to reach a larger audience is work that doesn’t have a message, or doesn’t try to convey emotion. It’s work organized as a collage of splinters, without any attempt to change or move the reader. The writer assumes that the reader is already in accord with his or her ideas or thoughts, and makes no attempt to persuade or move. The author might allude to those shared beliefs or feelings as a sort of common currency or in-joke with the reader, but there is no attempt to deliver a message or emotion.
This is the situation that much of poetry finds itself in today, at least in North America, and in other regions of the globe as well. Nor is fiction exempt from this sort of writing. And it’s this situation that Neruda worked his whole life to transcend, by including a message in his wonderful lyrics, like a delicious dessert that includes both ice cream and fresh fruit, so it’s both sweet to the tongue and nutritious to eat.
In the next blog, I’ll talk about some strategies for conveying messages that are not dogmatic or opaque. 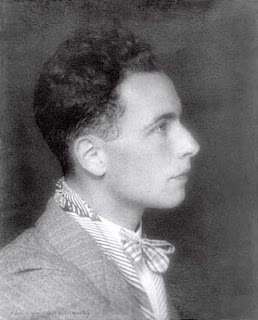 Posted by Zack Rogow at 3:08 PM No comments:

Guest blog: Richard Chiappone on The Next Big Thing

I'm continuing to participate in the Internet chain letter, The Next Big Thing, where writers discuss their works in progress. This post is a guest blog by the writer Richard Chiappone. Richard is a colleague in the low-residency MFA in writing program at the University of Alaska, Anchorage. He's the author of Water of an Undetermined Depth, a collection of short fiction published by Stackpole Books (2003). Opening Days, a newer collection of short fiction and essays on outdoor sports was published in 2010. 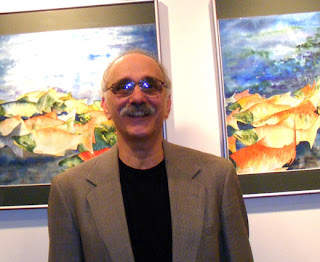 What is your working title of your book (or story)?