How Not to Become a Literary Dropout, Part 5

In Buddhism there is a term “right livelihood,” which refers to making a living in a way that is in harmony with your spiritual principles. As a writer, you also need a “right livelihood,” one that is in harmony with the demands of being a writer. Or, you can marry someone rich with a cute English accent, not a bad alternative. That works, provided you remain in touch with something you are passionate about.
Barring that, pick a career and a lifestyle that allows you time for your writing. Writing is a time-consuming activity. Even if you’re writing haiku—especially if you’re writing haiku—you need mental time to process your writing. I think of our creative thought processes as working like laundromat dryers, where you watch the clothes going round and round, in endless combinations. 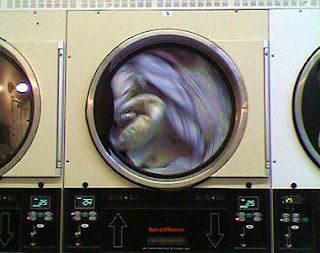 You need your thoughts to circulate like that, for the shirts to get tangled up in the sheets and the pants in the shirts, in order for the right creative combination to occur. Make time to go walking or jogging or skiing or swimming, where all you do is think and compose in your head. Allow new thoughts and word combinations to mix in with your brain waves.
The English Romantic poets William Wordsworth and Samuel Taylor Coleridge used to compose their poems while hiking. 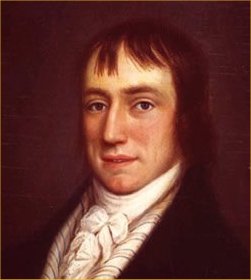 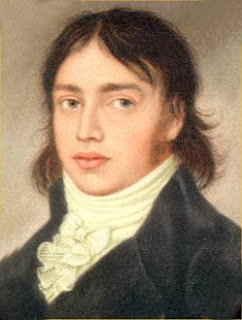 
Wordsworth and Coleridge did this first on England’s southern coast, and later in the Lake District. They took so many walks along the coast that faced France, and their writings were so radical, that the English government suspected they were plotting to find a landing site for the troops of the French Revolution to invade England. So the government assigned a spy to follow Wordsworth and Coleridge on their hikes, just in case. All the spy got to witness was a few sonnets in the making, but I wonder what that spy was thinking when he followed the poets on their romps through the rainy countryside of England. “Kubla Khan—hmm. That must be some kind of code.” “What do the daffodils stand for: maybe Robespierre?”
One thing you can do to sustain your career as a writer is to choose a type of work that allows you time to think about writing, and to write. That doesn’t mean you need a job where you can sit and type sestinas all day at your computer, though few of us would complain about being paid for writing poetry. But there are some careers that feed your writing, and others that starve it. A career that feeds your writing is not necessarily teaching writing or literature. Wallace Stevens was a lawyer on the payroll of an insurance company, which in those days, was a relatively low-pressure job, I imagine. Gary Snyder worked as a watchman on a fire tower for the Park Service and wrote many terrific poems while he did that. Th poet May Swenson had jobs as a stenographer and secretary for decades while she wrote most of her best poems. For years the poet Li-Young Lee worked as a clerk in a book warehouse, but the job allowed him the privacy and mental space he needed to develop as a writer. I’m not suggesting you get a dead-end job—you should have a career that fulfills you professionally.
But some careers do make it almost impossible to write. I doubt you can be in charge of a major business or nonprofit organization or a major part of a business or organization, where you have to supervise many employees, and still write actively. I don’t think you can be in a corporate law firm where there’s pressure to make partner. It’s the mental time as well as the actual writing time that suffers in that sort of job. I’ve never known a writer who had a job like that. For one thing, they’d never hire us, and rightly so. But I’d be happy to be proved wrong about this, if someone knows a counter-example.
If you don’t know if a job will allow you the mental and physical time to write, try it out. You’ll find out soon enough.
Use your time wisely, as our seventh grade teachers used to tell us. People who get hooked on watching multiple old TV series all the time may have fun with that hobby, but they rarely finish writing books.
Another important method for saving time for your literary work is to think through an idea before you start writing it, the way a chess master looks many moves ahead before pushing even a pawn one space forward. Play out the possible combinations, to see if you have any place to go with that idea. If you see that the moves you plan will lead to an insurmountable problem, try a different idea later. That will save you time.

How to Get Published
Getting the Most from Your Writing Workshop
Putting Together a Book Manuscript
Working with a Writing Mentor
How to Deliver Your Message
Does the Muse Have a Cell Phone?
Why Write Poetry?
Poetic Forms: Introduction; The Sonnet, The Sestina, The Ghazal, The Tanka

Praise and Lament
How to Be an American Writer
Posted by Zack Rogow at 12:13 PM