How to Be an American Writer, Part 2: Henry James and the Expatriates

Leaving the U.S. for Leverage

U.S. writers have reacted to Puritanical and materialistic trends in American society in various ways. One way is just to get out, otherwise known as being an expatriate, living outside the U.S.

But leaving the country is not just a form of escape. It gives an author an alternative framework and value system to evaluate U.S. society. “Give me a lever and a place to stand, and I will move the world,” Archimedes stated. Well, if the lever in this case is literature, certain authors need a place to stand outside our society in order to have leverage to budge it.

Expatriates Outside England and France

U.S. expatriate writers have mostly gravitated to England and France, with some exceptions. There have been a few American writers who have clustered in Morocco, such as Paul and Jane Bowles, and William Burroughs. There’s also Ezra Pound grumbling at the Grand Canal in Venice. The poet Cid Corman lived for many decades in Kyoto, Japan, running an ice cream and cake store with his wife. (I had a letter of introduction to Cid Corman when I visited Japan in 1986, and he asked me to meet him at the store, where I was hoping to learn from his many years of experience as a writer—mostly I learned about ice cream). But, in general, the refined and urbane cultures of the U.K. and Paris have been the draw.

To me, the quintessential American expatriate writer is Henry James. James, who was born in 1843, spent much of his life in Europe, including a lot of his childhood. He came from a stellar family. His older brother was the philosopher of spirituality William James. His younger sister was the diarist Alice James—the literary press Alice James Books is named for her.

Henry James ultimately purchased and renovated an eighteenth century house in the town of Rye in Sussex in the U.K., where he settled and lived his last twenty years, till his death in 1916.

Henry James wrote twenty-three novels, scores of short stories, many books of criticism and travel writing, and several plays. When I was assigned his novel The Ambassadors in college, I dismissed him as something of a fuddy-duddy. James writes in a way that can seem overly formal these days. Few of his sentences would fit on the screen of a smartphone or a phablet. His plots move as slowly as a rowboat crossing the Atlantic Ocean. I just didn’t have the patience when I was younger to wait him out.

Getting to Henry James by Way of Tehran

My interest in James was finally kindled, oddly enough, by way of Iran. A couple of years ago I read Azar Nafisi’s book Reading Lolita in Tehran. In this engaging memoir, Nafisi tells the story of a secret study group of Muslim women who met in her home in Iran after the Islamic Revolution in the late 1970s, defying the 1984-like rules of a government that literally burns books. These women risked prison merely by taking part in a reading group. 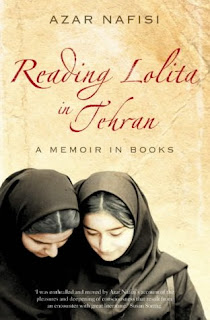 Interestingly, one of the writers who spoke most directly to these young women, forced to wear the burka in the streets, was Henry James. James created bold women characters like Daisy Miler who weren’t afraid to flaunt convention by going on an outing in public with a man who is not a family member. This was the sort of “crime” that these women in Tehran were sometimes accused of. The penalty in Iran if caught was to be whipped and ostracized from society. For the women of this reading group, Henry James was a profoundly revolutionary writer. In reading about the lives of these women in Iran, I realized how shocking James was for the readers of his day—not that whipping was a common penalty in New England in 1900, but ostracism was certainly a danger.

Among James’s subversive women characters is Maria Gostrey in The Ambassadors. Maria is a free spirit, a woman in her thirties who lives by herself in England. That sort of life is almost unimaginable to the novel’s main character, Lambert Strether. His fiancée, a widow from a powerful banking family in the fictional town of Woollett, Massachusetts, sends Strether, the “ambassador,” to France to bring back home her wayward son, Chad. Chad has spent entirely too much time sipping delicious burgundies, eating triple cream cheeses, browsing painting exhibitions, and worst of all, consorting with a widowed French woman who is older than he is. Strether’s mission is to yank this young man back to Woollett, where he is supposed do what all young men of his class are destined for: marry a girl from a family just like his and make gobs of money.

When Strether first meets the freewheeling Maria Gostrey, there is an interesting culture clash, where American enterprise meets the good life of Europe. To begin with, she suggests they go for a walk together in the garden of the hotel where they're both staying Remember, she is an unmarried woman. Here’s how James describes their encounter:

He looked repeatedly at his watch, and when he had done so for the fifth time Miss Gostrey took him up.
“You’re doing something that you think not right.”
It so touched the place that he quite changed color, and his laugh was almost awkward. “Am I enjoying it as much as that?”
“You’re not enjoying it, I think, so much as you ought.”
“I see”—he appeared thoughtfully to agree. “Great is my privilege.”
“Oh, it’s not your privilege! It has nothing to do with me. It has to do with yourself. Your failure’s general.”
“Ah, there you are!” he laughed. “It’s the failure of Woollett. That’s general.”
“The failure to enjoy,” Miss Gostrey explained, “is what I mean.”

The failure to enjoy. I think James hit the nail on the head there. The problem with puritanical, entrepreneurial culture in the U.S. is that there is really no space for enjoying the pleasures of an individual’s choosing.

Another book that deepened my appreciation of Henry James is a recent novel about James’s life in Europe called The Master by the Irish writer Colm Tóibín. I recommend it if you are at all interested in James.

In my next blog, I’ll talk about the American expatriate writers of the 1920s like Fitzgerald and Hemingway; the lesbian, gay, and bisexual side of the expatriate literary world; and contemporary expatriates such as David Sedaris.

How to Be an American Writer, Part 1, Part 2, Part 3, Part 4, Part 5, Part 6, Part 7, Part 8
How to Get Published
Getting the Most from Your Writing Workshop
How Not to Become a Literary Dropout
Putting Together a Book Manuscript
Working with a Writing Mentor
How to Deliver Your Message
Does the Muse Have a Cell Phone?
Why Write Poetry?
Poetic Forms: Introduction; The Sonnet, The Sestina, The Ghazal, The Tanka
Praise and Lament
How to Be an American Writer
Praise and Lament
Posted by Zack Rogow at 6:10 PM