The poet Rainer Maria Rilke uses language in uniquely powerful ways in his moving poem, “Autumn Day” (“Herbsttag”). The poem appears in the first section of Rilke’s collection The Book of Pictures, published 1902. 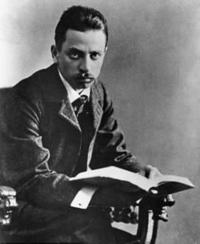 Here’s my own English translation:

Time, Lord, it’s time. The summer was vast.
Now drape your shadow over sundials,
And in the fields, make the winds blast.

Command the last fruits to brim on the vine;
Give them two more southerly days,
Push them to perfection and blaze
The last sweetness into the heavy wine.

Whoever has no house yet, will build none.
Whoever is alone, will stay alone,
Wake up at night, write long letters, sift
Through pages, and walk up and down
Tree-lined streets, restless, while leaves drift.

What a fascinating structure Rilke has created for this poem! He substitutes for the stanza of regular length his own distinctive formula where every stanza acquires one more line as the poem goes along, as if each stanza digs to a deeper layer of fall and the emotions connected to it.

The first two stanzas create a sense of fulfillment. This aura is still partly abstract in the first stanza, beautiful, but limited to disembodied shadows and winds. In the second stanza he adds color, taste, and smell to the richness of fall by expanding to the sensual realms of fruit, warmth, and wine.

He highlights the feeling of fulfillment in the first two stanzas by using the German word ‘voll’—full—in two different forms, the adjective, ‘voll,’ and the noun, ‘Vollendung,’ which means completion, finishing, ending, consummation, perfection. Not only that, Rilke takes the wide-open vowel o from the German word for full, and lavishes it over the first stanza: groß, Sonnenuhren, los, emphasizing the sound by using it in rhyming words that end lines one and three. I’ve highlighed in blue each word in the poem that contains the letter ‘o’ in the German.

The sentences in the poem start out very short and then get increasingly long in the first two stanzas, as the imagery become more lush and hypnotic, while the picture of fall’s completion develops— “Now drape your shadows over sundials,” “Command the last fruits to brim on the vine.”

Suddenly, in stanza three, we are back to short, declarative language: “Whoever has no house yet, will build none.” The words have the authority and stateliness of a biblical judgment, or of a proverb. The second line in the last stanza seems like it’s about to mirror this structure with another matter-of-fact, symmetrical pronouncement: “Whoever is alone, will stay alone,” but then surprisingly the sentence continues, sweeps us along to the end of the poem and into the very private world of the solitary person whose autumn is not one of fullness but of emptiness and loneliness.

Take another look at the German. Amazingly Rilke is able to write the entire last stanza without once using the vowel o, the vowel in the German word for ‘full’ that saturates the first two stanzas, where it continually evokes the sense of fullness. There are few other poets who would use sound in such a methodical, unique, and strange way, foreshadowing the lipogrammatic experiments of OULIPO group members such as Georges Perec, who wrote his entire novel A Void without the letter e.

There is a powerful sense of nostalgia and melancholy in Rilke’s poem, but in two different shades: in the first two stanzas we have yellow-orange sunlight and the long shadows of fall afternoons, colors of ripe fruit and the final warm days; in the last stanza there are the bare trees and the nocturnal scene of the lone man, a colorless world where nothing seems anchored or still.

What kind of person is the figure in the last stanza who wakes up late at night, reads, and writes long letters? An artist, specifically a writer. We know Rilke lived this kind of restless existence, moving from city to city and country to country every few months during many periods of his life. Perhaps he is talking about entering a stage of his life when he will banish himself from the warmth of the family home, destined to a solitary pursuit of literature and his correspondence with friends. This was, to some extent, the plot of Rilke’s life, which he might have seen taking shape at the juncture when he wrote “Autumn Day.” It’s so paradoxical that the poet has the otherworldly power to order God to begin the change of season to the fall (“drape,” “Command,” “push,” etc.), but he ends up alone and isolated at the end, despite that force (or because of it?).

Rilke was involved for several years with Lou Andreas-Salomé, a brilliant woman of letters who had been romantically connected to the philosopher Friedrich Nietzsche when she was a young woman. 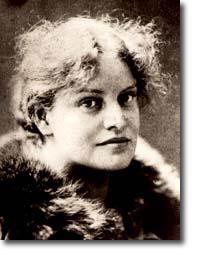 There were thoughts Rilke confided only to Lou, and, as a practicing therapist, she understood the poet better than many. She discusses Rilke’s Duino Elegies in her autobiography, Looking Back: Memoirs: “…one sees clearly, and with a shudder of certainty, how greatly Rainer longed for human experience, for the revelation of life, which, in spite of the perfection of his achievement, would go beyond the work of art, beyond the poet’s word. Only there could that which was most deeply human in Rainer find a resting place, and peace.…Nothing is more certain than that Rainer achieved the joyous affirmation of his own despair in the celebration of the Elegies.” I find this comment about Rilke revealing. Maybe “Autumn Day” is, like the Duino Elegies, both a celebration of the poet’s own despair, and his expression of longing for human warmth. That conflict is part of why "Autumn Day" continues to fascinate and endure.


Other posts on Rilke:
Learning from Rilke
Rilke's "Archaic Torso of Apollo"
Other recent posts about writing topics:
How to Get Published
Getting the Most from Your Writing Workshop
How Not to Become a Literary Dropout
Putting Together a Book Manuscript
Working with a Writing Mentor
How to Deliver Your Message
Does the Muse Have a Cell Phone?
Why Write Poetry?
Poetic Forms: Introduction; The Sonnet, The Sestina, The Ghazal, The Tanka