Next on my list of writers I can’t stop reading is Virginia Woolf. No one can get inside the thoughts of characters like Woolf. She shows how luminous a brief moment in human life can be, in all its nuances. Her ear for language is flawless. All her metaphors still feel as new today as water. 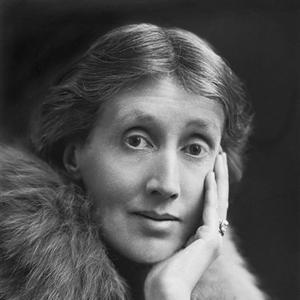 One book of hers that’s rarely read that I like a lot is Flush: A Biography, which is not at all a biography. It’s the story of the elopement of Elizabeth Barrett and Robert Browning, told from the point of view of her lapdog. Such a strange and beautiful premise, and only Virginia Woolf could actually make this work.

But my favorite novel of Woolf’s is Mrs. Dalloway. To bring to life one day among one circle of friends in the way that she does in that novel, with all the moral and emotional shadings that she exposes, is the literary equivalent of Renoir’s The Luncheon of the Boating Party. I suppose it’s no trick for an author to read the minds of the characters that author herself creates. But if those characters feel like real people, with the longings and failings of real people— the characters in Mrs. Dalloway—then yes, it is a feat to read their thoughts, to sympathize so deeply with such an array of human fates. There is something godlike in Woolf’s compassion and understanding, because it is so wide-ranging, and so wise.

Here’s one of my favorite passages from Mrs. Dalloway, where Clarissa Dalloway is lying down shortly before the party she is throwing that evening, trying to defend herself in her thoughts against the more intellectual and artistic Peter Walsh, the suitor of her youth, a man she refused:

"But suppose Peter said to her, 'Yes, yes, but your parties — what’s the sense of your parties?' all she could say was (and nobody could be expected to understand): They’re an offering; which sounded horribly vague. But who was Peter to make out that life was all plain sailing?—Peter always in love, always in love with the wrong woman? What’s your love? she might say to him."

Why does Mrs. Dalloway call her party an offering, an explanation she doubts anyone will understand? Maybe her party is an offering to personal interactions between individuals, the sorts of interactions that happen at social gatherings such as parties. These interactions are not momentous, but they celebrate and build lasting emotional bonds. Woolf champions the importance of the everyday as opposed to the impulse toward the heroic or the earth-shattering event. It’s the small moments between people that count, both in Woolf’s writing, and in the lives of her characters.